The History of Jinashi Shakuhachi 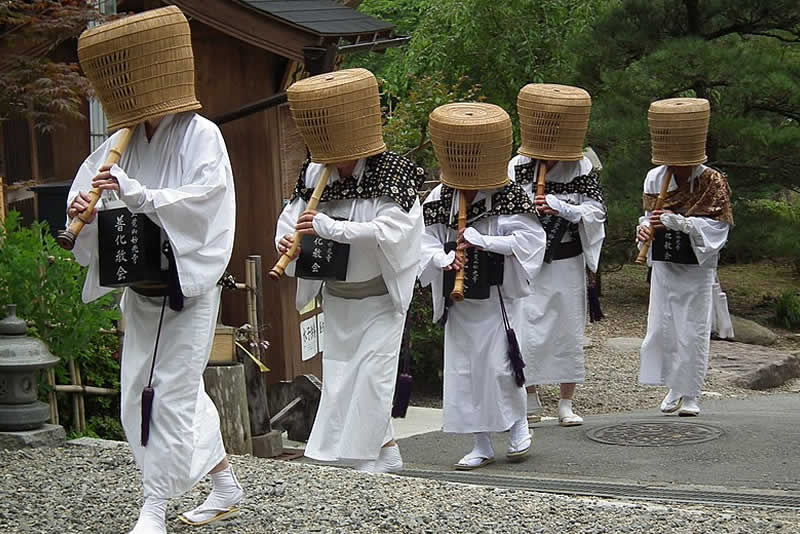 01 Feb The History of Jinashi Shakuhachi

Japanese flutes have been a culturally important instrument for centuries, and they still play an essential role in modern Japanese culture today. These flutes, or Jinashi Shakuhachi, are made of bamboo and are played by blowing air through one end. These flutes are often still made using traditional 16th-century methods. Here is a brief history of the practice so you can better understand and appreciate what these instruments have to offer.

What Does Jinashi Mean?

One important thing to recognize is that the flute is often referred to simply as Shakuhachi. Jinashi is a more specific term that explains how the flute was made. “Ji” refers to a paste often applied in layers to these flutes. Therefore, “jinashi” means without those layers of paste, and where the surface of the bamboo is visible on the flute. Sometimes when that paste is not applied, there is a protective layer of urushi to prevent any moisture damage to the flute.

Origins of the Jinashi Shakuhachi

This kind of flute has been in existence in one form or another since as early as Ancient Egypt. However, the flute has gone through many transformations since that point. It became popular in Japan during the 7th century before falling out of favor. However, centuries later, in the 13th century, it became a part of some Buddhist traditions, and Jinashi Shakuhachi meditation gained popularity in some religious circles. From the beginning of the 16th century through the end of the 19th century, Jinashi Shakuhachi makers produced most of their work for the samurai class. The flutes are still used today for meditation and can be found in various sizes. 1.8 and 2.4-foot Jinashi Shakuhachi are the most common sizes that you will find.

In the late 19th century, the Meiji Restoration was a political movement that ended the previous military government that had been in power for hundreds of years. Through this change, the young Meiji Emperor gained control of Japan, thus presenting him with the opportunity for much cultural innovation. Since the playing of this flute was associated with the old leadership, the playing of the Jinashi Shakuhachi was forbidden. This made it easier to track down dissidents and those who still felt connected to the previous government.