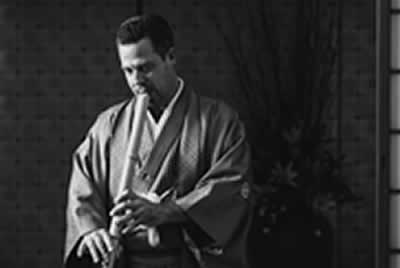 Shawn Schroeder’s  Shakuhachi style of playing koten honkyoku and Sankyoku under the branch of KSK , taught  by his sensei Kakizakai , The Kokusai Shakuhachi Kenshukan (International Study Group) was founded in Japan by Yokoyama Katsuya in 1988. It was Yokoyama Sensei’s vision to create a truly international shakuhachi training center that would draw students from around the world. In particular, he wanted to attract students who were interested in learning traditional Honkyoku as well as contemporary pieces – most notably perhaps the music of Fukuda Rando – in the style that Yokoyama had developed throughout his career.

A few places Shawn Schroeder has performed over the past few years ,